Welcome to our calendar of events taking place in the World Of Wine And Adjacent Amusements, featuring wine, spirits, beer, food, music, art and more. Planning a trip to wine country and looking for something fun to do? Our goal is to provide a comprehensive source for interesting events in every wine producing region.

Have an event you’d like to promote on our calendar? Provide your event information on our submission form. Basic listings are free, opportunities to feature your event and submit sponsored content are available. Charity events may qualify for promotion discounts. 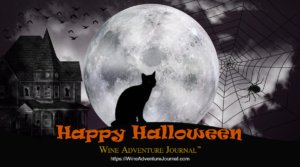 Celebrate the spookiest holiday of the year – Halloween! Halloween as we know it grew from the Celtic celebration called Samhain, practiced about 2,000 years ago. The Celts of England, Scotland, Ireland and Northern France believed it was on this day that the dead returned to walk the earth. Some villagers dressed in skins and other costumes to scare away the spirits who had returned, starting the tradition of dressing up on this day.

About 1,000 years later, Christianity became the dominant religion in the regions inhabited by Celts and the church instituted All Souls Day, which incorporated bonfires and costumes associated with Samhain. Poor people would visit the homes of the rich asking for food and drink in return for praying for the souls of the dead, referred to as “souling.” Over time, children began dressing up in costumes and knocking on doors offering to sing or perform other “tricks” in return for snacks or small coins. From those beginnings, incorporation of other similar holidays and commercialization, the modern traditions of Halloween began. 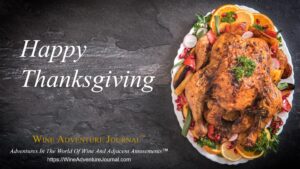 Thanksgiving Day is a harvest feast first celebrated in 1621 that became an American national holiday in 1870. It’s a time for traditional foods, family gatherings, and appreciation for blessings received.

Celebrated on the 4th Thursday of November annually.

Get your bubbly on – cheers! 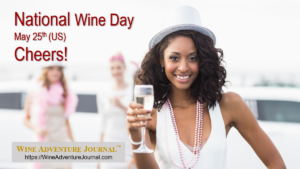 National Wine Day is a celebration of all things wine – from growing the grapes to sipping the final product.

Celebrated annually on May 25th in the United States. 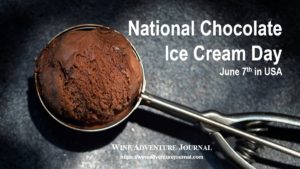 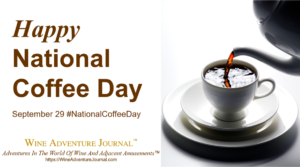 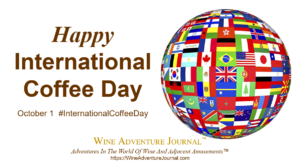 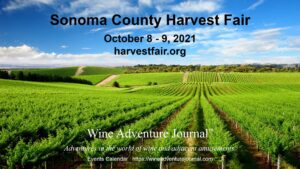 The Sonoma County Harvest Fair is an annual celebration of wine, food and fun. There are several competitions, including a grape stomp, wine, food and home brew beer. But this is primarily a wine experience[...]
View Calendar

Christmas is coming, check out gifts from Stonewall Kitchen – like The Taste Of New England Breakfast package.

View current and past newsletters:
September 2021
August 2021
View All Past Newsletters

Prime filets contain little fat, so they are often wrapped in bacon to keep them moist. Check out this complete Summer Grilling Assortment.

There are 3 shopping months until Chritmas, but do

Had a great weekend as an on-course volunteer for

Our September Book Of The Month is The Unofficial

Our September Destination of the Month: Trattoria