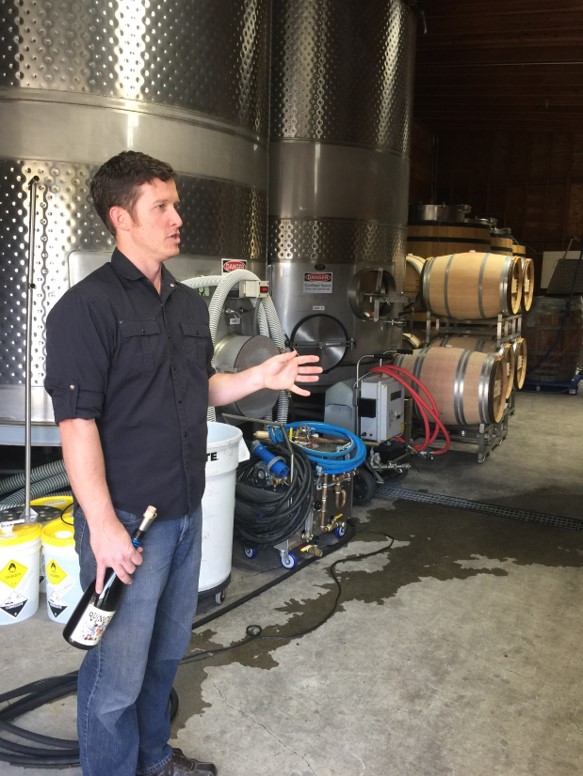 Quixote Winery, tucked away in Napa Valley’s Stag’s Leap District AVA, is a boutique producer of high quality Petite Syrah and Cabernet Sauvignon. Because overall production is limited to about 2,000 cases per year, Quixote wines are available only at the winery or in better restaurants and hotels. On my recent Wine Adventure tasting visit, I got to tour the facilities and sample some of these very good wines.

However, before I comment more specifically on the wine, let’s talk about the design of the facility. It’s the big elephant in the room, or should I say the little gem that sparkles in the Valley.

The winery’s architectural theme follows the eccentric persona of the lead character in Miguel de Cervantes Saavedra‘s 1605 novel The Ingenious Gentleman Don Quixote of La Mancha. Don Quixote, rejecting the world around him, embraces an alternate reality he finds in fairy tale stories about brave knights and virtuous ladies. The facilities of Quixote Winery have a similar relationship with Napa Valley. While other wineries, for the most part, feature architecture that emulates French chateaus, Spanish missions, Italian villas or California farm houses, Quixote Winery embraces a state of mind. The result is what I call controlled architectural chaos that works.

As a Wine Country real estate professional in my day job, I look at buildings not just in terms of aesthetics, but also their value, functionality, useful life and maintenance costs. Quixote Winery facilities throw all that out the window. Offices, tasting rooms and production facilities appear to support rational workflow patterns, but that’s where conformance with most Valley architecture ends. It’s not that there are no rules, the rules are simply different. No straight lines, no two windows or doors alike (see photos below). Presence of the gold onion dome appears as random as the multi-colored posts that are everywhere, interior and exterior, and are all different. Yet, many of the design details are there for a purpose and each has an interesting story. I recommend taking the tour to learn more about this interesting facility. Tours and tastings are by appointment only.

I tasted three varietals on this visit: Petite Syrah, Malbec and Cabernet Sauvignon. Quixote produces just a few products based on these grapes:

I did a vertical tasting of the 2009, 2010 and 2011 Petite Syrah, settling on the 2009 Helmet of Mambrino to take home. This is a deep, rich, dark fruit wine aged 36 months in the barrel that will potentially age 20+ years when properly cellared at home.

Most of the Quixote Winery vintages have been rated and all that have been scored 90 points or higher. Prices are moderate to high (2012 Panza Cab – $60, 2009 Helmet of Mambrino – $115). Large format bottles (1.5L) are available for several wines.

An interesting winery with great wines, well worth a Wine Adventure visit.

*Helmet of Mambrino: Mambrino was a Moorish king who, according to legend, had a pure gold helmet that made the wearer invincible. In Don Quixote, a barber uses a basin to cover his head when he goes out into the rain and Quixote imagines the basin is the Helmet of Mambrino. Quixote endeavors to take possession of the basin to make himself invincible. 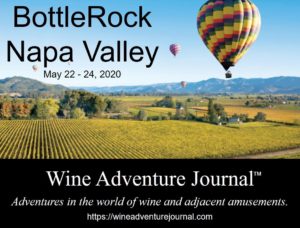 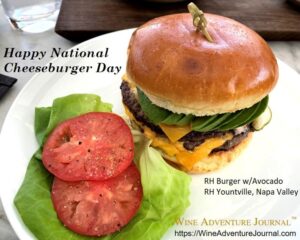 View current and past newsletters: May 2021 April 2021 View All Past Newsletters

It's #NationalBourbonDay, time to sip and celebrat

Our Featured Destination for June 2021 is the #Rut

It's #NationalRoséDay - time to celebrate with a